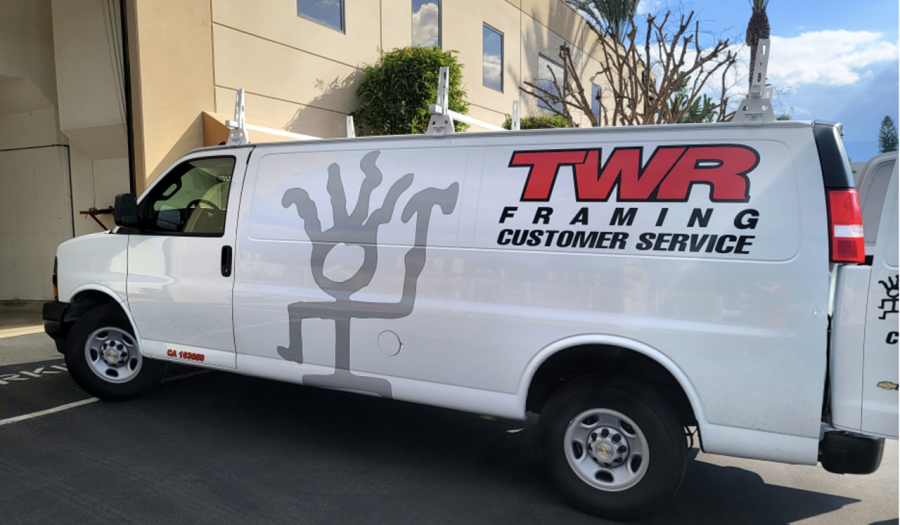 Be on the lookout for our new customer service van.

TWR was the first framer in Southern California to have a dedicated customer service department and team. Our After Care Customer Service program was started in 1997 with Rick Newton (pictured on the left) at the helm. Now headed up by Cary Skeen (pictured far right), who is celebrating his 27th year with TWR, we are ready to assist our clients at any time, providing excellent customer service even after the initial framing is complete. From the beginning to the end of the framing process, TWR has taken great care to ensure our clients’ complete satisfaction.

TWR is Back in the Golf Business!

Not really, just glad to be back in person and having a great time with all of our fellow BIA members. Thank you to the BIA Riverside and BIA OC for such great events at both Temecula Creek Golf Course and the Coto De Caza Golf Course.

It is our pleasure to be working with Empire Construction Management, (a Division of Fairbrook Communities) on this unique multi-family project. The project name is Westbrook Apartment Homes and is located in Riverside CA. It is our first project with Empire and we are excited to be working with their team on achieving a great result together. This pet friendly, gated community is highlighted by 1-2 Bedroom units, Pool, Spa, Clubhouse/Party Room, BBQ, Children’s Play Arena, Dog Wash, Dog Run…wow, that is pet friendly! Check out the short drone video below to get a “unique” perspective on this unique project.

Our foremen are the backbone of TWR. Many of our foremen have been with us for over 35 years. Our clients get the best framing services in the region every day because we have people who build with pride and are committed to excellence.

Thank you for your dedication, hard work, and friendship. 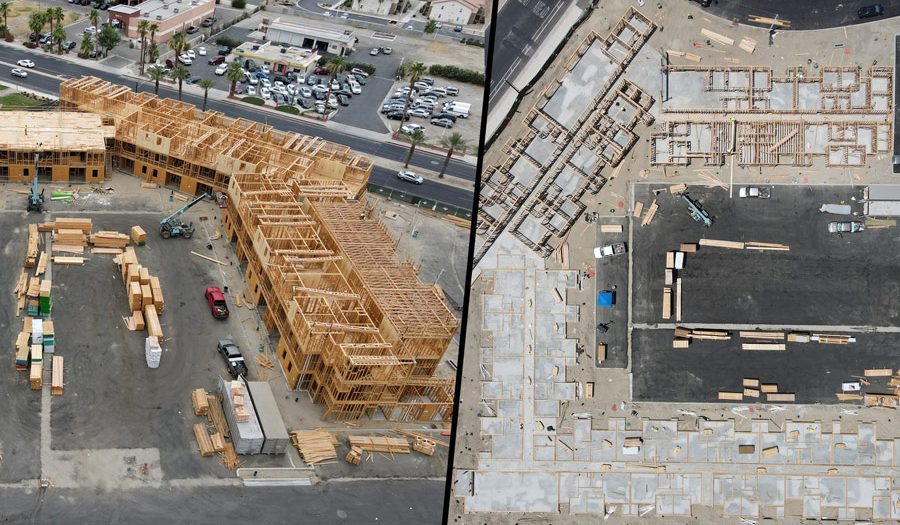 Working with Emmerson Construction, TWR was the framer of record for this unique project. These multi-family units will achieve net-zero energy usage and will be a smoke-free community. TWR was proud to be a part of this forward-thinking and sustainable-minded project. 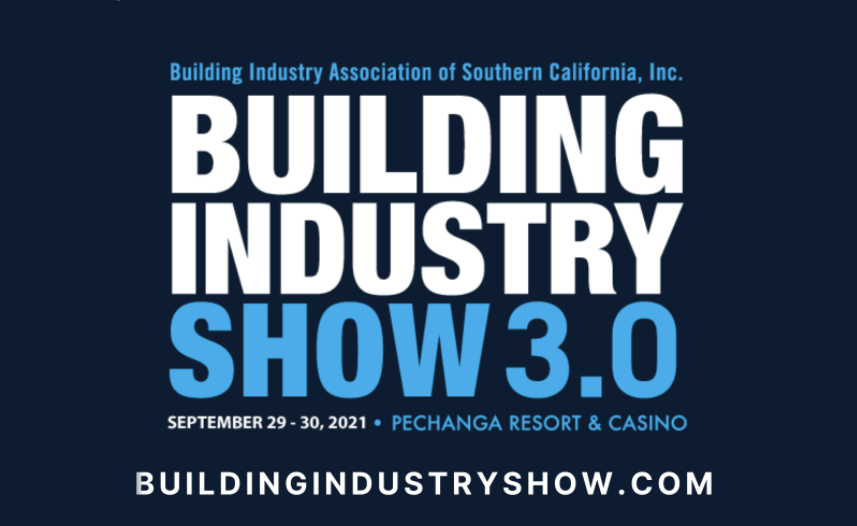 TWR is once again a Building Industry Show sponsor. We look forward to seeing all of our industry friends September 29th & 30th at Pechanga. We are excited to see what BIS has in store, as they celebrate BIS 3.0. If you have not already registered here is a quick link. https://buildingindustryshow.com

With so much going on in an industry that is in full swing, we always have to remember the people that make it all happen. We would like to wish the following employees a Happy Anniversary on these important milestones.

Office Staff – TWR has some amazing office staff and we would like to celebrate the staff in our Payroll Department for their continued employment with TWR.  Congratulations to Florencia Malone, Payroll Supervisor on 7 years with TWR, Norma Villagomez, Payroll Coordinator for 5 years and Carlos Cetina, who just celebrated his 1st year with TWR.

Thank you for your continued employment with TWR and for pressing forward with the ebbs and flows in this industry.

Klaus Schultz –  Klaus started working as a pieceworker for TWR years before he became a full time employee and hired on as a foreman in October 1996.  He has worked on many projects over the years including several of the multi-family projects that TWR has been involved with.  During the boom in the mid-2000s Klaus became an Area Manager, training and managing other foreman.  We celebrate his 25 years+ of continued employment with TWR.

Lewis Lyons – Congratulations on 20 Years!  Lewis has been a full time foreman for TWR since July, 2001. Before he became a full time employee for TWR Lewis worked as a pieceworker since 1998. Over the years he has managed the framing on dozens of projects and we are lucky to celebrate 20+years of continued employment with TWR. 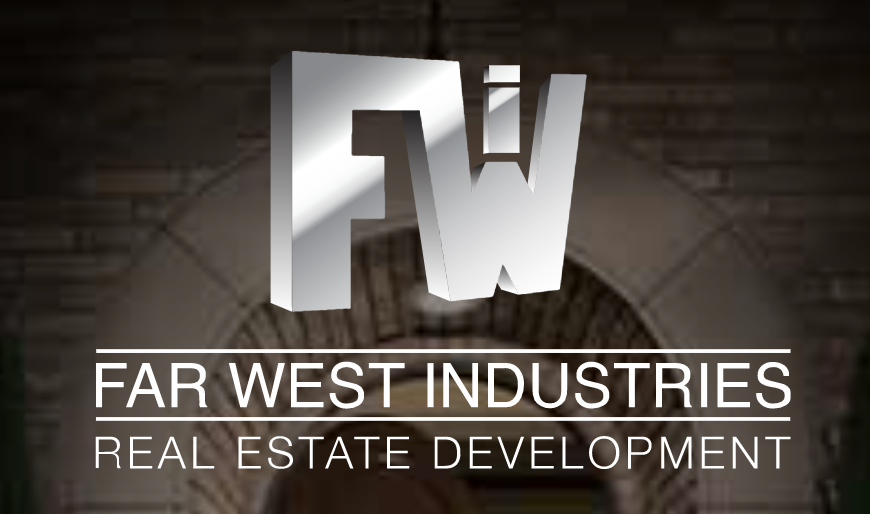 WR is proud to have partnered with Far West Industries for over 15 years. Working together, we have delivered top quality home products with state-of-the-art technology and superior craftsmanship. Far West builds a variety of projects from single to multi-family homes including unique award winning product like the ICON project in Palm Springs. The ICON Ebony model was awarded Best Architecture for a home under 2,000 sq. ft. by the National Association of Home Builders.

V.P. of Project Management for TWR George Dawald, appreciates the strong and tight knit relationship that has been forged over many years of working together. Dawald says, “good teamwork is easy when you are working with good, down to earth people that make working together fun, that’s Far West”.

“Value and integrity is the basis of all that we do” is Far West’s philosophy, a very close match to TWR’s, “A Commitment to Excellence and a Will to Succeed”. Thank you Far West for trusting us with your framing projects for so many years! 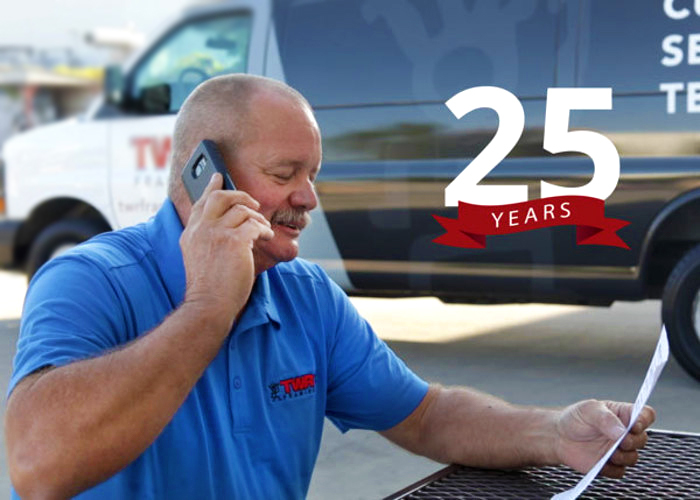 We at TWR love to celebrate our employees, especially the ones that have been with us for 25 years plus, Cary Skeen is one of those people. Cary joined TWR in 1996, he tells the story of moving to Corona from Lancaster for his wife’s new job. He needed to find local work and saw that TWR was framing a housing project one mile from my home. He says, “It was my first stop looking for construction work and thankfully my last”. When asked why he has stayed at TWR for so long, he had one solid answer, TWR is ONE BIG FAMILY. Cary has done several jobs for TWR from job site foreman to area manager, but it is his current position as customer service manager (CSM) that he has enjoyed the most. Cary says, “becoming the CSM has been a blessing, I’m able to meet lots of nice people and help make their new home more comfortable to live in, that’s a good job to have”. Cary’s personal mantra in this position is have patience, and when you run out of patience…have more. He says, “patience is something I never had as a foreman running a construction site but have learned it’s important to listen to what customer’s concerns are and help educate those with no construction knowledge”. Cary has seen many ups and downs in the building industry, through all the years with good times and bad times (2008). He says, “I feel extremely blessed to be part of what some people call the best company in this industry, but for me we’re all just TWR FAMILY”.  So, what’s the next job for Cary?  He says, “it might not happen at TWR, but if anyone needs someone to hold a fishing pole full time, he’s your man. I mean who wouldn’t want to get paid to relax and hold a fishing pole for a living”. TWR would like to thank Cary for his service, his friendship and all of his “Commitment to Excellence”. Cary, you make us look good and we thank you!