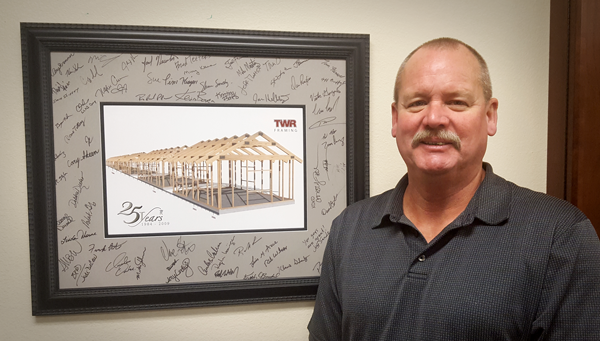 Cary has been with TWR since April of 1995. He worked as a carpenter for a while and then was promoted to become a TWR Foreman, managing jobsites and crews for nearly a decade. In the fall of 2004, Cary was again promoted, this time to Area Manager, taking on the role of overseeing a group of Foreman. When Rick Newton, the former Customer Service Manager, announced his retirement, TWR knew just the person to fill the very big shoes being left behind. Cary accepted the position and looks forward to many more years of success and being a part of the TWR Framing family.